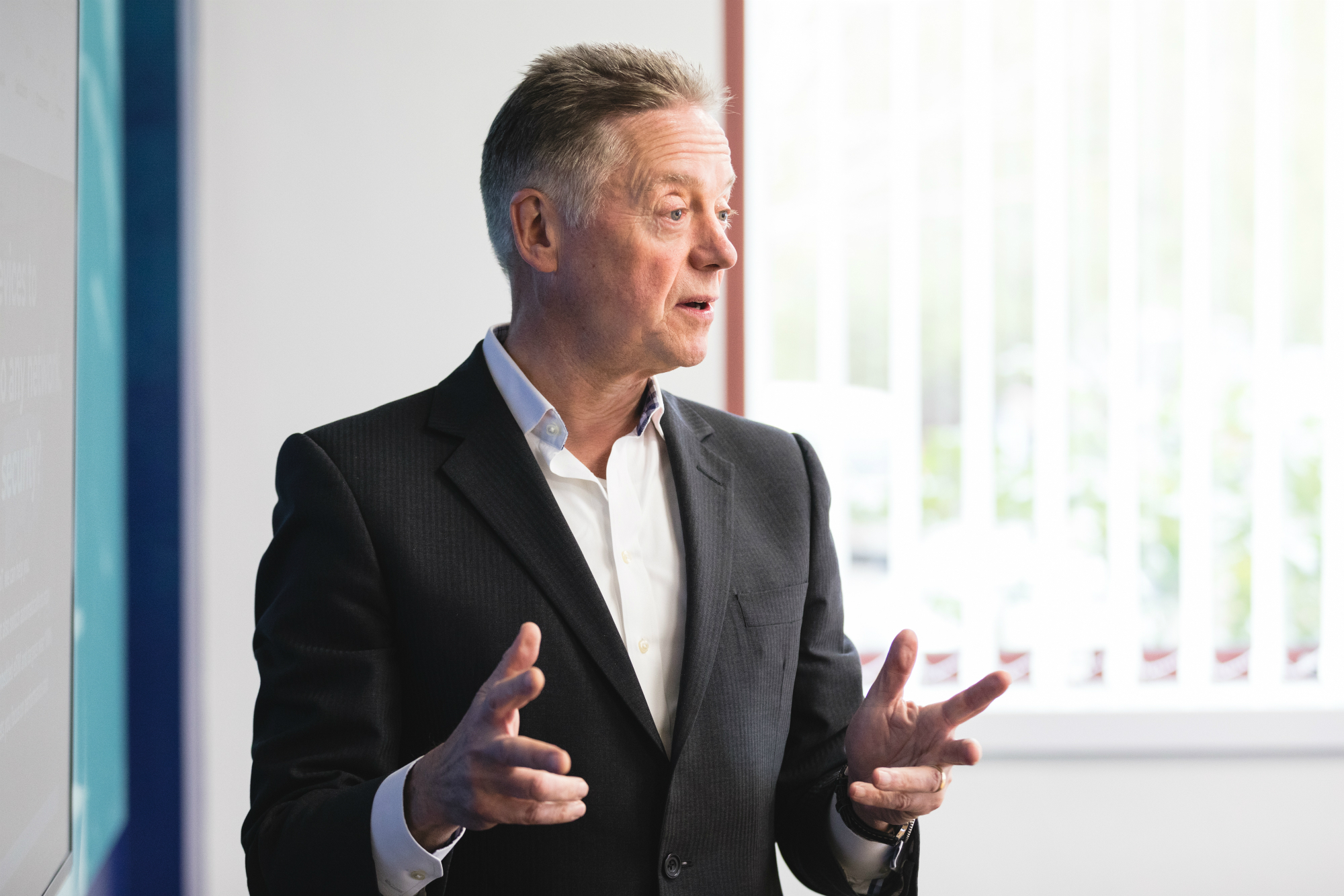 Whether it’s Kodak failing to keep up with the change in photography habits, Nokia and Blackberry’s rapid downfall in the mobile phone market, or Blockbuster’s destruction at the hands of on-demand streaming services, history is littered with examples of big-name brands that failed to evolve and keep up with changes in consumer behaviour or technology.

According to Nick Earle, CEO of Eseye, the challenge is, in this rapidly changing world, the next arrow could come from anywhere.

Most disruption comes from companies that did not even exist 5 years ago – with many notable recent examples such as Airbnb and Lyft demonstrating how a small start-up can quickly transform an entire marketplace. So what could that next arrow look like and how does the modern CEO get their retaliation in first?

Having led the cross-company global transformation teams of two multi-billion-dollar companies, HP and Cisco, from hardware-led to software-led business models, I’ve been at the forefront of significant technology led business transformation. Part of my role was to predict the next disruption and I believe the next one will be enabled by the Internet of Things (IoT). The very nature of global business will be transformed.

Why? Because IoT enables products to be turned into experiences by feeding back data about how your customers are using them day in day out, enabling new disruptive business models. In short, information about how a product is being used will become far more valuable than the product itself.

The companies who get this data will provide a radical personalised experience to customers. Increasingly products will be given away in return for this valuable data. Every product will undergo this change. Can your company compete with free?

But now that you can see this arrow; how do you prepare your business to not only defend the attack but get on the front foot to lead the disruption?

Before getting started with your own business disruption, you must identify your disruptive change agent. Remember, this isn’t all about the technology. You’ve got to first look at it from a business case. What radical customer experience would truly transform your sector? Which product area is the most vulnerable? Are there some start-up companies already releasing solutions and signing up early adopters? These are all the vital questions that are central to the beginning of every successful journey into disruption.

Once you’ve set the objectives you want to achieve, the next decision is how you’ll make it happen. Will you outsource the strategic plan creation to third-party consultants, or will you trust your current Exec team?

Unfortunately, the problem with option one is that outsourcing to a third-party can be incredibly expensive and far too often, once they have completed their strategy report, you are then left on your own to try and implement it. Although very impressive, many of these projects remain theoretical masterpieces that fail to be properly deployed throughout the organisations that they were created for.

Likewise, by giving the responsibility of disruption to existing managers, option two also presents some issues. Ultimately, it’s tough to factor disruption into the time of current management teams, who already have enough on their plate. It often breeds unease because fundamentally, if successful, it will entirely change their roles, change how they are measured and how they are paid. So, the reality is that you can’t look outside the organisation for help because you’re left with an expensive slide-deck with no implementation, and you can’t go inside because you’ll only get ‘lip-service’. Now what?

Creating your own rebel force

My experience is that the most effective way to create a successful programme of disruption is with option three – by creating an internal change management group. This internal group of rebels encourages change from within and is the key to successful disruption.

To truly maximise its capabilities, this band of insurgents must be led by the right person. Specifically, it must be driven by a visionary leader that has the respect of the C-suite. After all, this person must be an evangelist who can sell the value of change to the very people who will be the most disrupted – your current Exec team!

And, they must be thick-skinned. After all, they’ll likely get complaints and be challenged by many at the start of the journey, because they’re going against the grain. To allow the project to properly come to fruition, CEO’s must also give these change management teams air cover and a ring-fenced budget to offer the financial freedom needed to make change happen. They’ll need it.

To put it into an analogy – think of your organisation as a caterpillar. How do you get a caterpillar to move? You can’t get it to budge by pushing it from behind or pulling it from the front, as it will get scared and curl into a ball. Instead, to avoid startling it, all you need to do is get the front feet going by attracting it towards a juicy lettuce. The concept is the same for a large organisation. The whole company doesn’t need to be shaken-up at once, just identify the people who are the most likely to want change and offer them the ‘lettuce’ – whatever that may be. Once the first people have been convinced, the next set of feet will follow and so on. The caterpillar will begin to move.

Finally, you must kill this rebel group after 18 months. After 18 months you will know whether you’ve been successful or not. By 18 months the disruption will have either become operational and the group will naturally no longer be needed, or they will have failed. It must be said, however, that the first six months will always be the worst. It’s that time where not much happens, everything seems pointless, and nobody will see the value of the group. You must persevere.

By embedding the philosophy of disruption at the heart of your organisation you can dodge the disruption arrow and turn the threat of IoT into a business opportunity. After all, the possibilities of this technology are truly incredible. Over to you.