Discover how longstanding customer TrenTrace cut its time to market by 50% by using our IoT device design service.

Talk to an IoT Expert

TrenTrace specialises in the design of custom IoT software that measures the temperature of rail tracks. The resilience and efficiency of rail networks depend on the operator’s ability to gather the information needed to identify the optimal temperature and monitor it on an ongoing basis. This enables the tracks to be stretched when they’re laid to what is called ‘neutral stress’ – so when they hit the optimal temperature, they’re under neither compression or tension. This gives them the best chance of surviving extremes of hot and cold, without breaking or buckling.

In 2008, TrenTrace had partnered with another company to take on the challenge of designing a wireless rail temperature sensor for Irish Rail. The resulting system was a simple self-contained unit that clipped underneath the rail track and ‘woke up’ every 30 minutes to measure the temperature. This data was then sent via SMS message to be picked up and stored in a database.

There were a number of reliability issues. The unit’s location, underneath the metal rail track, made it difficult to connect to the mobile network. The constrained space also meant the battery had to be relatively small. When the modem was turned on and looked for the mobile network, this resulted in a huge surge of energy which rapidly drained the battery. The partner company was unable to resolve the issues, so TrenTrace looked elsewhere. They first come across Eseye during the research stage of that project. 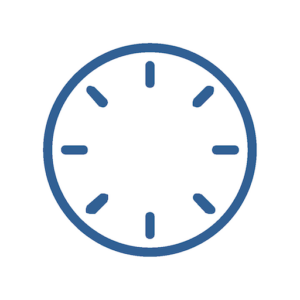 Eseye’s rapid prototyping methodology cut the time to market in half. 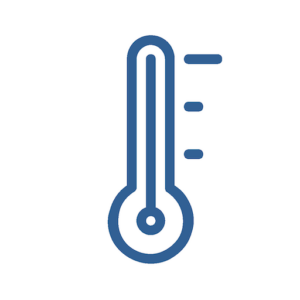 IoT based system to measure temperature of tracks enables reliable and efficient service. 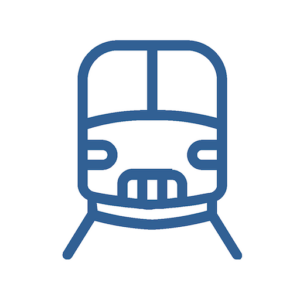 Take a deeper dive into TrenTrace's IoT journey. Find out how we helped them overcome telematics hurdles that might stall your IoT project, and see how we can help your business succeed with IoT.

Eseye appealed to TrenTrace because it offers three stages of design: proof of concept, device prototyping, and full production design services. Eseye’s IoT device design used GPRS to connect the customer’s installation site to the mobile network. The data was then transferred seamlessly via IoT connectivity to be stored in a database and made available for the user to view on a smartphone, laptop or tablet.

Eseye has provided IoT device design services to TrenTrace since 2012. TrenTrace, part of Irish software company Aldolex – was the very first to use its HERA 600 router. Together with Eseye’s AnyNet+ cellular connectivity solution, this router is at the core of the highly successful wireless track temperature measurement system developed by TrenTrace for Irish Rail.

The companies have since expanded the system’s functionality to monitor and record three further types of environmental information vital to ensuring the reliability of Irish Rail’s network.

Eseye used its HERA 600 router, with embedded Eseye AnyNet+ SIM card, as the base for the design, which enabled rapid prototyping and proof of concept. The trials were successful, and a final board design was agreed. Despite the arrival of the pandemic, this was delivered and has been up and running since 2020 with units currently installed on Irish Rail’s network.

Setting up communication between the unit in the field and AWS is simple thanks to Eseye’s AnyNet+ SIM cards. “It’s all ready to go – which is great from our perspective, as this isn’t our area of expertise, we go into the board, log into AWS, put in the SIM card number and the AnyNet+ SIM sends the certificate and seamlessly sets up connectivity.” says Declan O’Brien.

Data and overall system security is a major priority for TrenTrace. Eseye’s AWS platform manages the security certificates for the units in the field, while every SNS message is digitally signed, ensuring data is protected from where it’s measured in the field right through to when it’s presented to the user.

We met up to see if they could help with a redesign and the answer was, of course, yes. Eseye came up with a bespoke IoT device design that worked really quickly. A test unit was built and left on the track for month or so. There were some reliability issues, due to the concept of trying to measure from directly under the rail, but it worked a hell of a lot better than other system did”

For many businesses and individuals, the idea of designing an IoT device is quite daunting. It can be a complex and time-consuming process. Eseye has over 10 years’ experience building connected devices in the IoT and M2M world helping customers like TrenTrace to meet their short- and long-term business drivers”

Helping the Rhino Population to Grow with IoT Connectivity.

Discover how we’re helping the Rhino Conservation Botswana to overcome the connectivity challenge in the Okavango Delta.

Find out why Positec chose Eseye to connect its smart lawn mowers globally.

The Edge Can Walk, Swim, and Fly

Key considerations for an IoT project

Find out how we can support your IoT project

Talk to an IoT Expert